Limbs was a small, professional contemporary dance company that began in Auckland, New Zealand, in 1977.

It grew out of a free lunchtime performance for students at Auckland University – entitled ‘Chris Jannides and Friends’ – the friends being fellow dancers Kilda Northcott, Julie Dunningham and Deborah McCulloch. Seating was in the round and the material was an eclectic mix of short items to music that ranged from pop (the Rolling Stones) to neoclassical (Eric Satie). Interspersed between the dance items were a number of humorous poems I had written that had also been given a choreographic treatment. The performance  was in response to an invitation from Ros Clark, the then-director of the University’s newly-built performing arts complex, the Maidment Theatre.

The goal of this first performance was to test an approach to making and performing dance that reflected our tastes and interests as young people who had grown through, and were the product of, the counter-cultural revolution of the 60s. Added to this, geographical isolation from leading practitioners elsewhere in the world contributed to what might be described as an un-contaminated state of naïveté, the advantages of which enabled us to be highly adventurous and innovative. We had no rules to stick to, we could make our own. We had no established companies to emulate or influence us, instead we were forging and helping pioneer the birth of professional contemporary dance in our own country, New Zealand.

Audience response to this first performance was enthusiastic. We were invited soon after to perform as a feature act at a ‘Coca Cola Disco Dance Competition’ being held that year, disco being the dance craze sweeping the planet at that time. This was the start of a trajectory that rapidly led to us becoming a highly influential force for contemporary dance in New Zealand and to a level of popularity in our culture that, for our art form, was unprecedented. 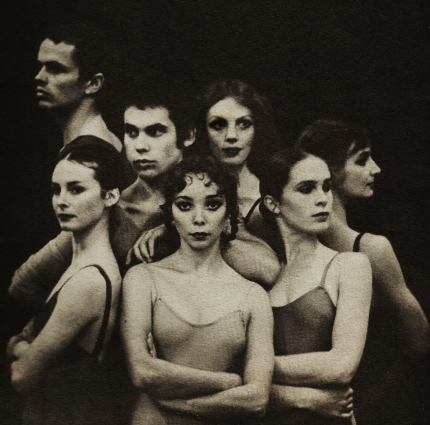